The Government Petition circulating has now been closed due to there being a General Election in December. A government response was given on the 5th November 2019 and can be read in full on the petitions website.
Petition that have more than 100,000 signatures are considered for debate in the new Parliament and are now waiting for a new petitions committee after the General Election.

The petition gained over 305,000 signatures calling for a ban on fireworks for general sale to the public and reads:


Every year more and more people, animals and wildlife get hurt by fireworks. It’s time something was fine to stop this. There are enough organised firework groups around for us to still enjoy fireworks safely so please help me stop the needless sale of them to the public!

Posted by Endangered Dogs at 19:06


An inquiry into the Dangerous Dogs Act and breed specific legislation is now open for written evidence.
The Environment, Food and Rural Affairs Committee is launching an inquiry into the legislation on dangerous dogs.
The Dangerous Dogs Act 1991 was introduced to protect the public from dangerous dog attacks. The Act made it an offence to keep four types of dog traditionally bred for fighting - the pit bull terrier, Japanese Tosa, Fila Brasileiro and Dogo Argentino - unless the dog was placed on the Index of Exempted Dogs and kept in compliance with certain requirements.
There has been substantial debate about the effectiveness of this legislation and the impacts on dog welfare. According to the RSPCA, 30 people died between 1991 and 2016 in dog-related incidents, of which 21 involved dogs of breeds/types not prohibited by the law. The number of attacks has also risen, with yearly hospital admissions for dog bites increasing by 76% between 2006-2016.
Neil Parish MP, Chair of the Environment, Food and Rural Affairs Committee, said:
“The Government is responsible for protecting the public from dangerous animals, so it is essential that laws evolve alongside our understanding of what works.
“The 1991 Dangerous Dogs Act banned four specific types of dog, but since then attacks have continued and 21 people have been killed by non-banned types.
“My Committee will investigate whether the Government's current approach is having the desired effect, and whether any changes are needed to ensure that the public is properly protected and that animal welfare concerns are properly addressed”.
Terms of reference
In particular, the Committee seeks written submissions that address the following issues:

Written evidence should be submitted through the Committee’s web portal by midnight on Wednesday 6 June. It is recommended that all submitters familiarise themselves with the Guidance on giving evidence to a Select Committee of the House of Commons which outlines particulars of word count, format, document size, and content restrictions.
Posted by Endangered Dogs at 15:36

Defra are inviting evidence from all stakeholders and experts on the effect of introducing a ban on third party sales of puppies and kittens in England.
This ban would mean that pet shops, pet dealers and other outlets and licensed sellers of puppies and kittens would be unable to sell these pets unless they themselves have bred them.
DEFRA want to know:
Presently, DEFRA  are seeking people to send them evidence which will specifically help them to understand the effect of introducing a ban, and any limitations of doing so.
DEFRA do not want people to send in their wider opinions at this stage.
Click here - For full details and the closing date 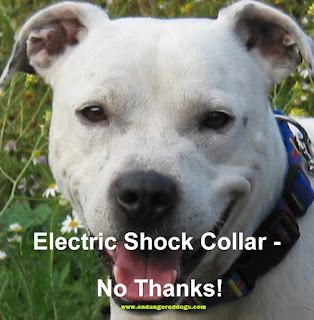 Defra are seeking views on banning the use of electronic training collars (e-collars) and you have until Friday 29th April 2018 to submit yours.

Defra recently announced proposals to ban two types of e-collars for cats and dogs. The proposal is to make it an offence to use an e-collar, or to put one on a dog or cat, or be in charge of a dog or cat that is wearing one.

This would bring England in line with the law in Wales - where they have been illegal since 2010.

Electronic shock collars are sadly easy to purchase, these barbaric devices are used to deliver a shock to the neck, either via a remote or automatically.

The DEFRA consultation can be completed online here.


At 100,000 signatures the petition will be considered for debate in parliament.

Reclassify the theft of a pet to a specific crime in its own right.

Review the sentencing guidelines for theft offences, so that where the theft of a family pet is involved, monetary value is irrelevant for the categorisation of the crime for sentencing purposes.
Ensure Police Forces are given appropriate guidance and training to record and investigate cases.
More than 60 dogs are stolen every week in England and Wales. Less than 5% of cases lead to convictions.
Pet theft is currently seen as no different to the theft of an inanimate object - despite pets being sentient beings. The theft of pets is generally categorised as robbery or burglary, but lead to minimal sentences. Enforcement of existing laws do not currently act as a deterrent or fit the crime itself.
For more information, please see: http://www.stolenandmissingpetsalliance.co.uk/
Posted by Endangered Dogs at 12:10

The UK Government Petition (currently open) asks to change the laws governing the use of fireworks to include a ban on public use:

UK Government Petition can be found here it runs for six months closing on the 6th April 2018.

"Fireworks cause alarm, distress and anxiety to many people and animals. We call on the Secretary of State to make appropriate provision to secure that the risk of public use is the MINIMUM that is compatible with fireworks being used, as stated in Fireworks Act 2003 sect 2."
As the petition has gained over 100k signatures, the Government has issued the following written response below and debated the issue in Parliament on the 29th January 2018:

The fireworks parliamentary debate can be found here.

Government Response:
Government takes the issue of firework safety very seriously. There is legislation in place that controls the sale, use and misuse of fireworks; we have no plans to extend this further.

The Government takes the issue of firework safety very seriously. There is legislation in place relating to the supply, storage, possession and use and misuse of fireworks. This includes legislation which regulates the supply and use of fireworks, both for the general public and professional display operators. Restrictions on the sale and use of fireworks are set out under the 2003 Fireworks Act, the Fireworks Regulations 2004 and the Pyrotechnic Articles (Safety) Regulations 2015. These contain provisions to minimise the risk of fireworks harming people, property and animals. Although a small minority of people use fireworks in a dangerous, inconsiderate or anti-social manner, we believe that the majority use them sensibly and responsibly.

The Government is aware of concerns about the distress noisy fireworks can cause to individuals, as well as to livestock, pets and wildlife. Therefore, the Government urges those using fireworks to be considerate to their neighbours and give sufficient notice of firework use, particularly to those who are vulnerable such as older people, children, those with mental health issues such as post-traumatic stress disorder (PTSD), and those with pets and livestock. We have worked with the fireworks industry to encourage users of fireworks to give notice of their displays so that those who are vulnerable or keep animals can make arrangements for their safety.
The Blue Cross animal charity has also produced information on animals and fireworks, which gives advice on how to avoid or reduce stress to animals when fireworks are being set off. The Royal Society for the Prevention of Cruelty to Animals (RSPCA) and the Kennel Club provide similar advice on their websites concerning how to minimise the impact of fireworks use on animals.
There is already a ban on the general public from purchasing fireworks with higher levels of risk and noise and seasonal limitations on their sale. The Fireworks Regulations 2004 restrict their sale to the traditional fireworks periods around 5th November, Diwali, New Year’s Eve and the Chinese New Year. These are an important part of British tradition reflecting our history and multi-culturalism. While it is possible to buy fireworks at other times of the year, a ‘licence to sell fireworks’ is required and strict conditions are imposed outside the traditional periods.
At present any firework that exceeds 120 decibels must not be supplied to consumers. There are also low noise fireworks available that consumers can choose to buy, but we do not propose to bring in regulations to require all fireworks to be low noise.
Government acknowledges that many people have genuine concerns about the use and, the misuse, of fireworks and the risks of firework-related injury. However, the number of injuries is low and the total number of hospital admissions caused by firework injuries has remained below 200 a year for the last 10 years.
The Government does not plan to make any changes to the way statistics relating to enforcement actions are collected. The Government believes the focus of enforcement should be on delivering necessary protections and on working with businesses, citizens and others to ensure safety.
The Government believes that the current regulations strike the right balance between the enjoyment of fireworks by the public and restricting the sale and use of fireworks for public safety reasons.
The best way to continue to reduce the distress caused by fireworks is to work with industry, retailers and others to promote the safe and responsible use of fireworks through guidance and public education and to ensure that appropriate action is taken against those that break the rules.
The obligations for the Secretary of State referred to in the e-petition, to publish a regulatory Impact Assessment and to consult interested organisations, only apply when making new regulations and we have no plans to change the legislation relating to fireworks.
As set out above, given there is already legislation in place which controls the sale and use and misuse of fireworks; we have no plans to extend this further.
Department of Business, Energy and Industrial Strategy
Posted by Endangered Dogs at 10:49